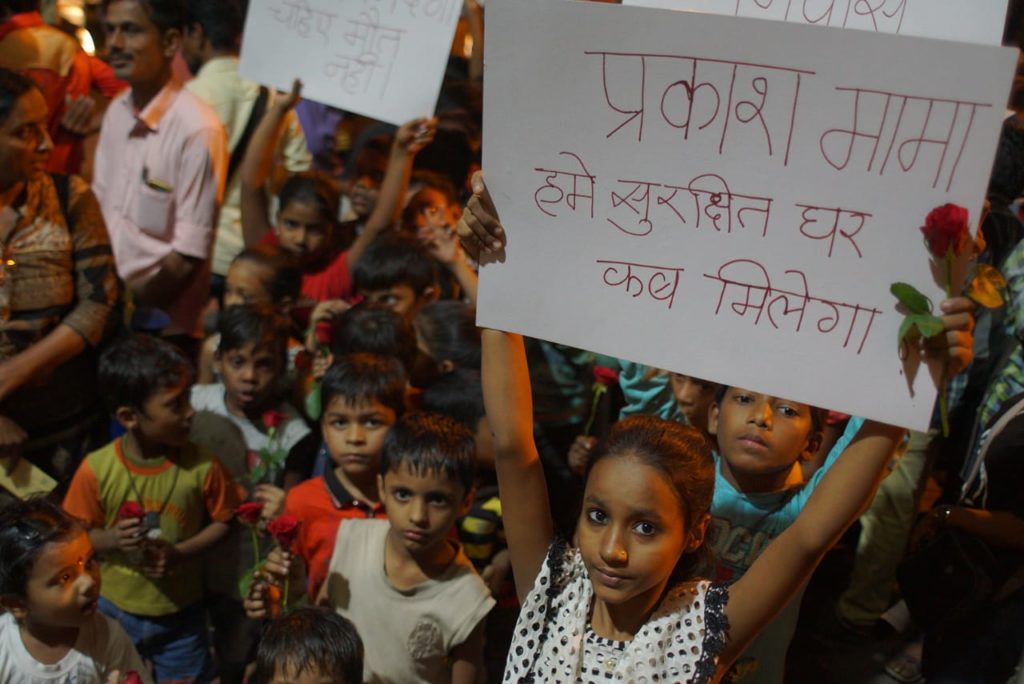 Mahul Residents who have been betrayed by the government several times will be occupying Housing Minister Prakash Mehta’s local office in Ghatkopar today afternoon after 5pm if he doesn’t meet them before that time.

In August this year, the Bombay High Court ordered the Government of Maharashtra to either relocate the Tansa Pipeline Affected citizens to a better place or compensate them enough so as to enable them to rent a house in Mumbai. However, the Govt has shown lack of will to act on the order. According to the directions of Bombay High Court, the government was supposed to decide on one of the two options suggested before 1st of October. But the affected citizens of Mahul have not received any decision or intimation from the government till date. Agitated by Government’s callous attitude, the Mahul residents have decided to leave the area. They have occupied a footpath in front of the land where they had previously resided and staging an indefinite dharna by the name ‘Jeevan Bachao Andolan’ at Ambedkar Nagar, Vidyavihar since 28th October, 2018. Yesterday, the Children from Mahul who are facing life threat due to the toxic atmosphere in the area, took a rally to the residence of State Housing Minister Prakash Mehta to request him to move them out of Mahul as expeditiously as possible. When the Minister didn’t turn up, children dropped postcards and rose outside his residence. Minister sent words that he will meet them today.

The protesters have decided if the Minister don’t give time for the meeting, they will occupy his local office in Ghatkoper today.

Absolute hell: the toxic outpost where Mumbai’s poorest are ‘sent to die’