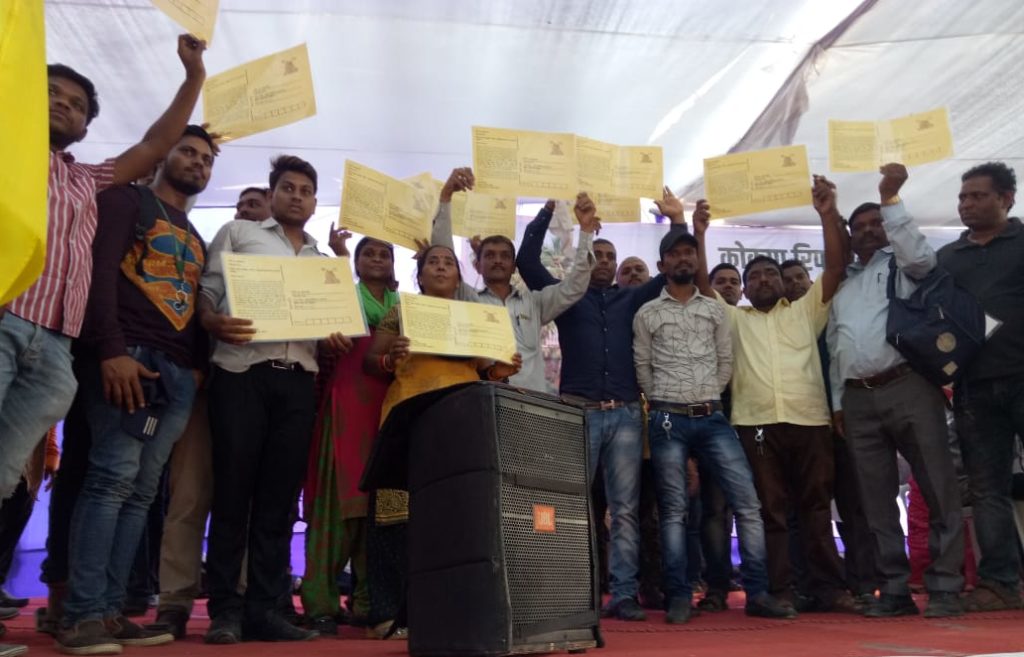 Housing Minister, Shri Prakash Mehta had assured residents of Mahul that all of them can be given houses in Kurla HDIL . The assurance was given under pressure from the residents of Mahul who are agitated by Government’s non-compliance of High Court’s order which had directed Government of Maharashtra to relocacte Mahul residents as the area is hit by a worst level of industrial pollution. However, today the Chief Minister of Maharashtra, Shri Devendra Fadnavis said the tenements in Kurla cannot be allotted as they are under litigation. What CM offered to do as part of the solution of the problem is only sanctioning the 350 houses which were offered by MHADA to Mahul residents. This is not the complete solution as total families living in Mahul are around 5,500.

A meeting was held today with the Chief Minister on the insistence of Shiv Sena youth leader Aditya Thackrey in presence of MHADA president, Uday Samant and Mr Thackrey himself. None of the representatives of Mahul residents were called for the meeting. What is offered today by the government is not something the government benevolently offered, as in past the government had outrightly rejected to provide any alternative tenements. It is only after hard-earned negotiation and initiative of ShivSena youth leader that the MHADA offered these tenements. It is also not the case that there are no tenements available at all. In fact, through RTI we have found that there are almost one lakh tenements available in Mumbai which are meant for Project Affected Persons. So, this means that if the Kurla HDIL tenements cannot be allotted then there are still umpteen number of tenements available which can be allotted to Mahul residents. What is lacking is simply government will to save to the lives of Mahul residents who are under constant life threat due to worst level of industrial pollution in the area.

The Chief Minister does not even have the courtesy to meet the representatives of the Mahul residents to discuss and resolve the issue. The residents have been trying to meet him for more than a year. Agitated by this callous behaviour of the government, resident took out a bike rally today to Mantrayalay. They displayed large postcards which were addressed to the chief minister reminding him about meeting the residents. Few of the bikers were detained by the police for such for taking out the rally. Today’s police action sends out only one message that it is a crime today to even demand protection of life.

Today was the 31st day of the sit-in which is being held at Vidya Vihar by the residents of Mahul who are demanding compliance of High Court’s order which directed the Government of Maharashtra to relocate the residents of Mahul. Chief Minister statement has agitated the residents by his insensitive way of addressing the issue. More than hundred people have died so far due to the pollution in Mahul. Looks like he is waiting for more people to die to act. The future course of movement of Mahul residents will be decided and announced soon.

Please consider donating any amount in your capacity. Your contribution can make a difference.