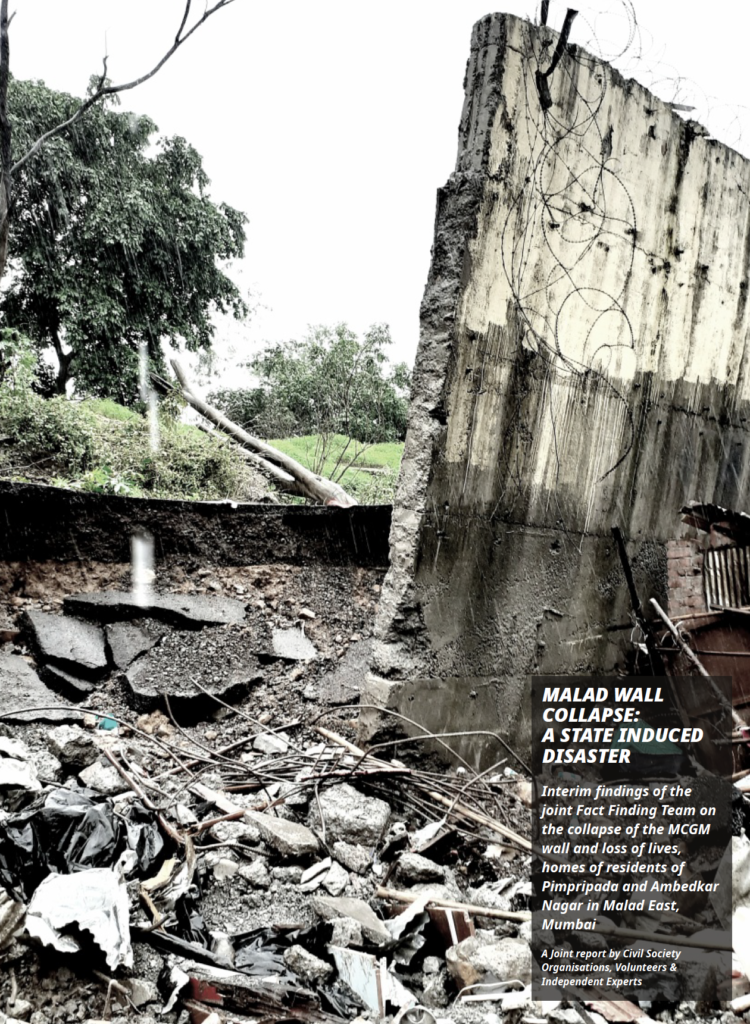 At midnight on the 1st July, 2019, following an unremitting downpour, a 2.3km boundary wall that ran alongside Ambedkar Nagar and Pimpripada in Malad collapsed at two places on the homes of the residents. The Malad area in Mumbai received as much as 183 mm of rainfall in a short span of 3 hours between 10 pm on 30th June and 1 pm on 1st July. The mayhem and confusion caused by the collapse was compounded by a sluggish relief response by the authorities. The disaster has so far claimed at least 29 lives and left about 130 injured. This interim report throws light on the situation as of today in the area, the condition of the people affected, and the lapses in the response from the administration. It recommends a set of immediate and urgent relief measures, short term actions and long term rehabilitation.